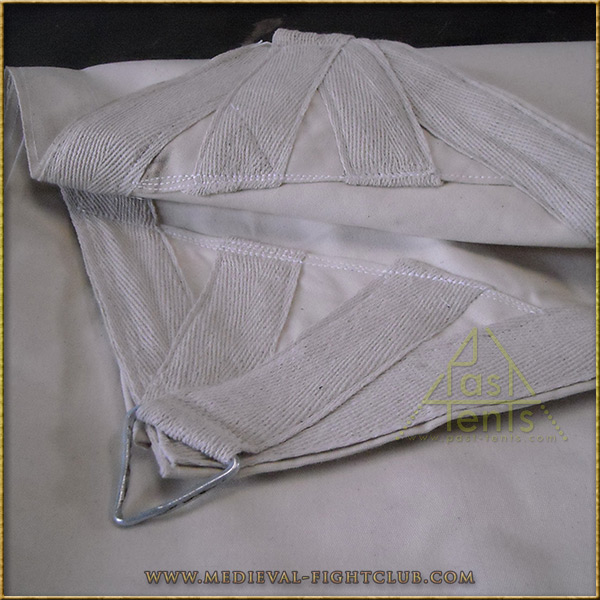 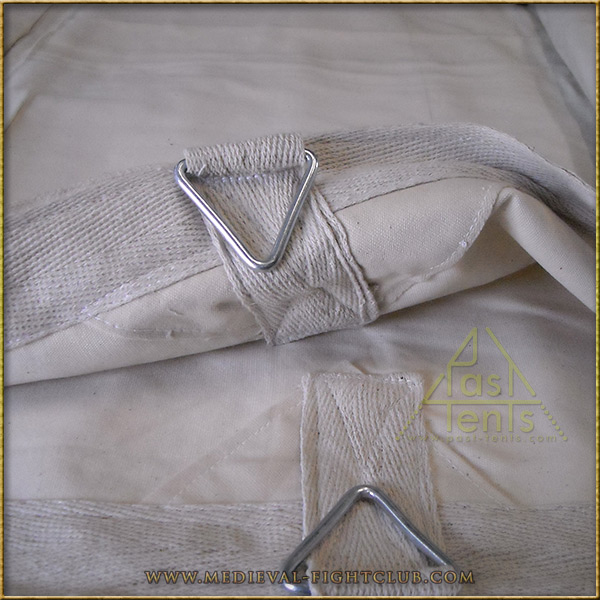 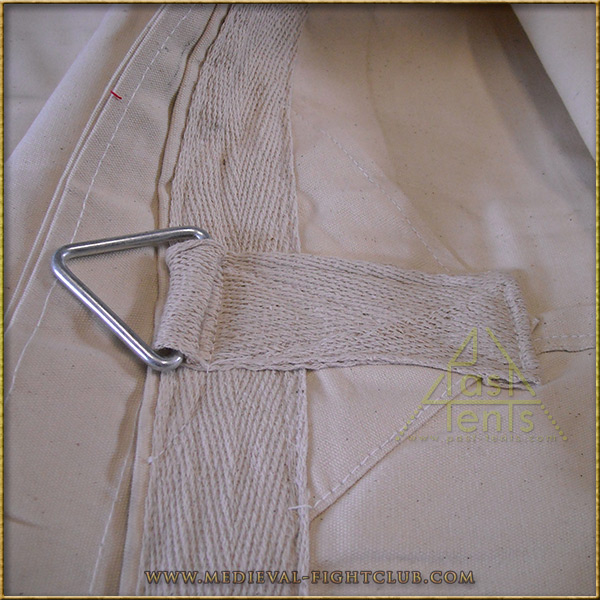 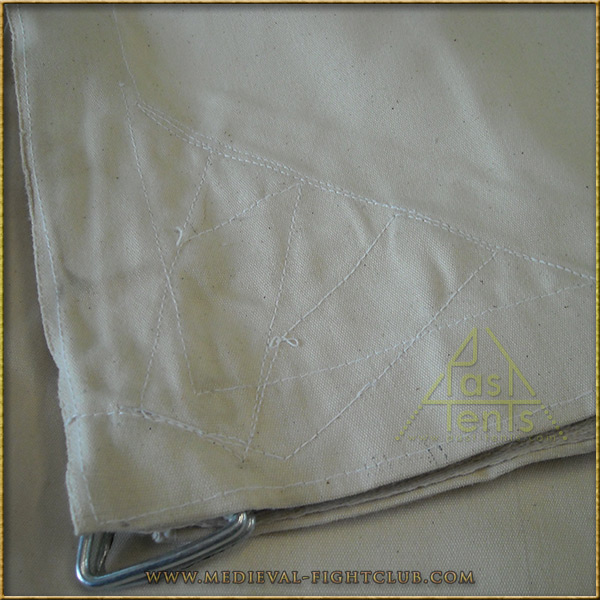 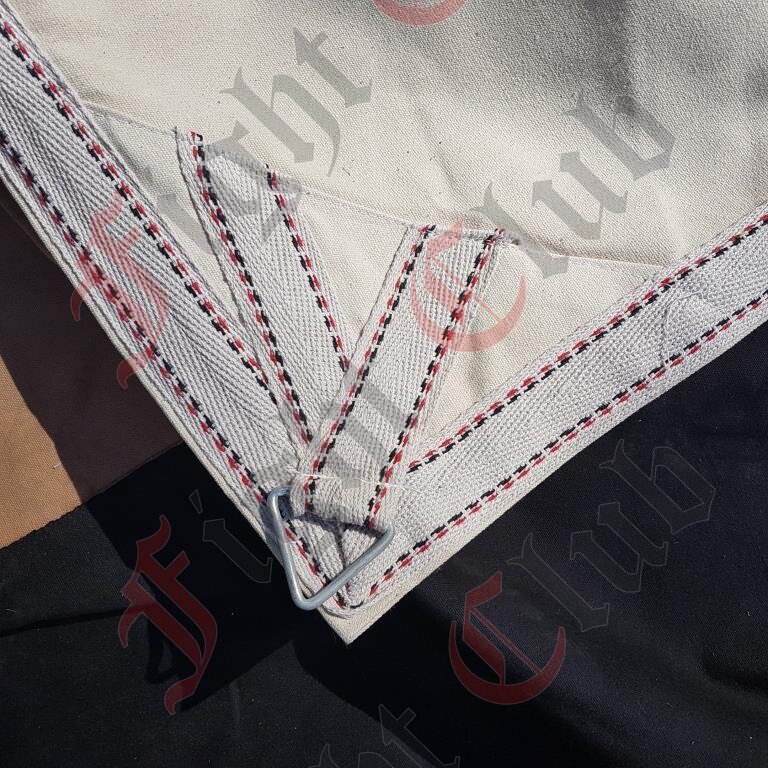 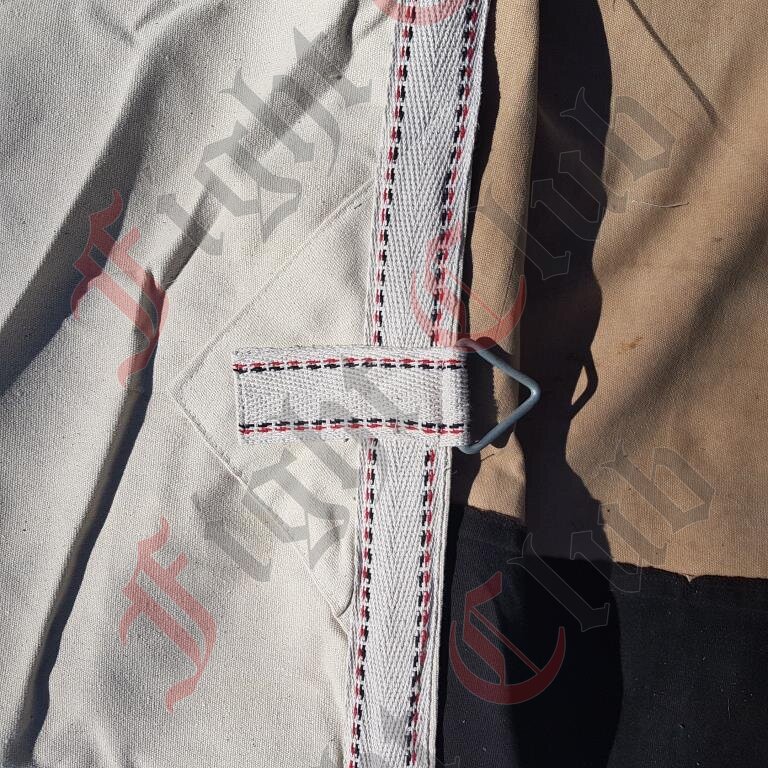 This tarp has reinforced stitching and attached triangular loops (spaced at 1 meter) - not eyelets that can tear out. See photos for details on the loop system.

It is a highly durable tarp which is handy for a lot of re-enactment needs but is also a bargain quality tarp for general use.

The reinforced edging may have some additional colour threads. Please see images.

NOTE: Our tents and tarps are made with REAL heavy duty (14 ozpy - 475 gsm) canvas and not a synthetic or ripstop fabric.

History
The word tarpaulin originated as a compound of the words tar and palling, referring to a tarred canvas pall used to cover objects on ships. By association, according to one theory, sailors became known as tarpaulins and eventually tars.

When used for a tarpaulin, the word hoochie (also hootchie, hootch, or hooch) comes from the Japanese uchi (家, "house"). Huts in various parts of rural Asia are known by this or similar names, and during the Korean and Vietnam Wars English-speaking soldiers came to use the word to refer to their own makeshift shelters, which often consisted of little more than a tarpaulin.

In British English, the word is normally pronounced "TAR-paul-in". An American pronunciation would be "TAR-pole-in". A colloquial variation adds a vowel sound, resulting in the pronunciation, "tar-POLE-ee-in".

Tarpaulins have multiple uses, including as shelter from the elements, i.e., wind, rain, or sunlight, a ground sheet or a fly in camping, to cover a load etc.

Use two fingers to move the map

At the same price!